I recently went to my 20 year veterinary school reunion at Cornell University. There is absolutely nowhere prettier than upstate New York in June, and it was so great to catch up with friends and colleagues, many of whom I had not seen since graduation.  As I drove home, I thought about some of the things I’ve learned over the last 20 years as a practicing veterinarian. Things that I could pass along to pet owners that would also resonate with other veterinarians. Lessons learned, many times, the hard way. Here are 5 things that I believe are worth sharing. 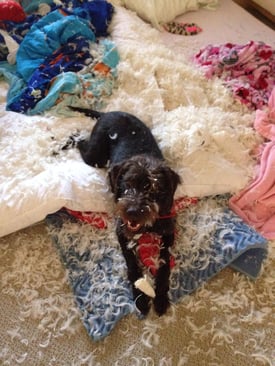 Lesson #1: "A tired dog is a good dog."  We get a LOT of behavioral questions in veterinary medicine.  When I was a general practitioner, I’d have “the talk” with every puppy owner as well as any client who mentioned that their dog was destructive or “high energy”.  Healthy dogs should get AT LEAST 30 minutes of exercise a day...much like humans.  If they don’t, depending on the breed, they will take it out on your walls/furniture/rugs/valuables.  I’ve learned that this rule applies to children too.


Lesson #2: "For dogs, breed matters. Cats….not so much"  Don't get, for example, an Akita if you’re expecting her to act like a Golden Retriever.  Akitas are magnificent dogs, and they are wonderful in the right circumstances, but they were initially bred to be palace guard dogs in Japan. That’s not a happy go-lucky dog who will love your guests and the people you meet on a walk.  A German Shorthaired Pointer would be a bad choice for an apartment dweller who works 12 hour days.  If the way you keep your house necessitates a puppy that can be housetrained fast, don't get a Beagle. This is tougher to figure out for mixed breed dogs, and there aren’t many behavioral tendencies in cats (except for my beloved Tonkinese!) but your veterinarian can help....ask them.


Lesson #3: "# of litter boxes = # of cats +1."  Cats who urinate/defecate outside the litter box can be very frustrating to treat.  It’s no wonder that this is by far the #1 reason cats are surrendered to rescue/shelter organizations.  Playing kitty psychiatrist isn’t easy, and these behaviors can be multi-factorial.  I can’t do this topic justice here, but two high-level recommendations are to keep your litter boxes clean and, if your cat DOES start going outside the box, talk to your veterinarian immediately.  The longer he or she does this, the tougher it will be to stop.  For more information on this topic, check out this article from Cornell Vet:  http://bit.ly/1H3Y4ig


Lesson #4: Heart disease in cats is really terrible.  There are really two reasons why cats really get the short end of the stick when it comes to heart disease.  First, they usually don't show signs of disease until their condition is so advanced that we don't have as much to offer them as if we had caught it 5 years earlier.  By the time a layperson notices that their cat is having trouble breathing, they are often in heart failure: big problem.  Second, cats aren't being brought in for regular checkups as frequently as dogs are, which means veterinarians aren't able to find these problems early.  "He's an indoor only cat and seems healthy."  FAIL!  Early recognition of heart disease can extend your pet's life often by many years.


Lesson #5: Some dogs eat grass because it just feels good.  The reason usually cited for why dogs eat grass is that they do it to make themselves vomit.  This is no doubt true and is probably an evolutionary adaptation to avoid poisoning.  Some sort of early-warning system kicks in if they eat something they shouldn’t have, and eating grass helps them by induce vomiting.  I don’t think this is the ONLY reason they eat grass.  I’ve had a few knuckleheaded dogs in my life (typically Golden Retrievers) who I swear just eat grass because the texture feels good in their mouth.  They like playing with it and ingest it by accident.  They don’t start off thinking, “I’m going to eat me some grass today!”  Rather, they think it feels cool and start chewing on it and some of it gets swallowed.  The grass is a gastric irritant and triggers vomiting, but they didn’t eat the grass INTENDING to throw up.  Unless we’re talking about Border Collies….they’re smart enough to know exactly what they’re doing at all times.


We would love to hear your thoughts and comments!  What do YOU think?